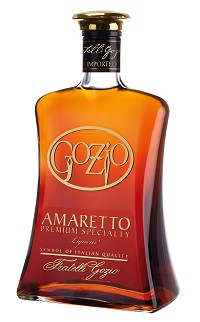 Technical notes 24% alcohol
Producer The company was founded in 1901 by Luigi Gozio (grandfather, on their father’s side, of the three brothers Giuliano, Antonio and Luigi, who still run the company) at Gussago, a town in the splendid hilly region of Franciacorta, in the Province of Brescia. In these charming surroundings, Luigi Gozio, using traditional methods, began an activity that had already been rooted in the area for centuries, the collection and distillation of pressed-grape skins and wine sediment. In 1930, the brothers Paolo and Giuseppe Gozio, Luigi’s sons, installed a system consisting of six steam boilers for distilling pressed-grape dregs. This was soon completed by a “sediment” distiller which, thanks to the method they had invented, was able to produce the purest alcohol. In order to distinguish himself from other distilleries of the same name the founder changed their name from its original “Distillerie Gozo” to “Distillerie Franciacorta”. Distilllerie Franciacorta acidifies and uses only ambient yeasts to ferment the marc for 20 to 30 days. After fermentation, the marc is double distilled. First through a continuous still, and then the distillate is run through a copper alembic still with a bain-marie. After this the grappa is either bottled at 40 proof, or put in oak barrels for aging at 60 proof.