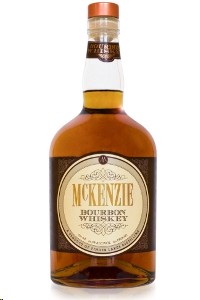 McKenzie Bourbon Whiskey is a very rich, double-pot distilled bourbon. A local, heirloom variety of corn makes up 70% of the mash bill. We age in 10-gallon, new charred barrels and finish in local Chardonnay casks which gives the bourbon a round, buttery finish.

Producer
Born in Madrid and raised in New York City, Claire M. Marin, proprietor of Catskill Provisions had already attained success in the corporate world as a national magazine Publisher. After moving to the small, rural town of Long Eddy in the Catskill Mountains, she started beekeeping as a hobby and found herself drawn to the bees and how they work in easy harmony with each other and their surroundings. Today, Claire tends to over 300 beehives in Delaware, Sullivan, and Madison Counties in New York State in cooperation with other local beekeepers to create small batch, hand-packed honey harvested several times a year. Catskill Provisions uses 100% NY raw wildflower honey as the feature ingredient in their small-batch products, including the honey rye whiskey. Claire has been studying distilling and taking several courses since she started Catskill Provisions in 2010. Now, she runs her own tasting room/distillery which is located in Long Eddy, NY with a second location planned to open in Callicoon, NY in the summer of 2019. Marin's method of distillation combines 21st century technology with traditional methods. The flavors sustained by this method are more pure with less congeners found in the spirits produced.