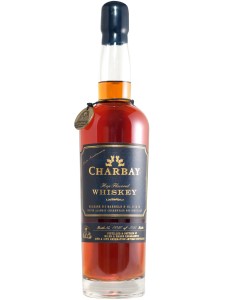 You may know of LAWS's fascination with Charbay whiskey -- see Release I, Release II, and the private LAWS Edition. Simply put, we feel there is nothing else like it in the whiskey world. In 1999, 13th-generation distiller Marko Karakasevic took 20,000 gallons of bottle-ready, craft pilsner beer and distilled it down into whiskey. Nobody had really ever done that before, and as far as we know there still isn't anyone except Marko who's distilling "real," bottle-ready beer into whiskey. The results are remarkable and unmistakable Charbay.

This is the 3rd official release of the 1999 pilsner distillation.