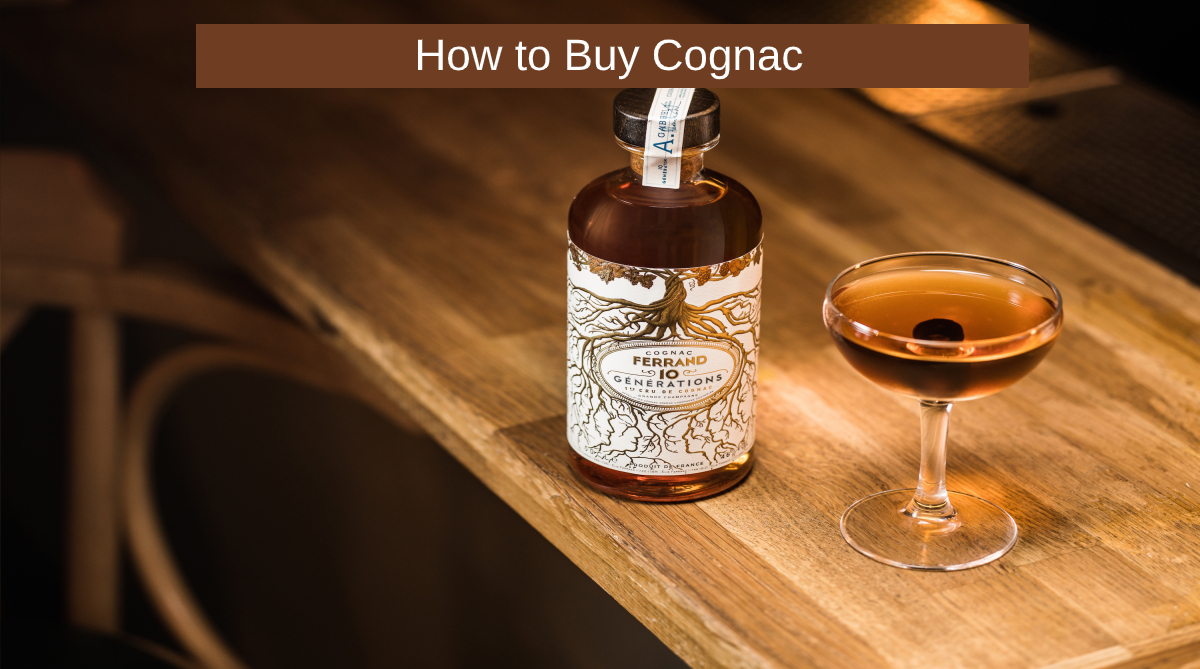 Have you ever wanted to try cognac? Are you interested in finding out more about what it is and breaking into the world of cognac enjoyment for the first time? Or have you sample cognac before but aren’t quite sure what to make of it or how best to enjoy it next time? If any of this sounds like you, then you’re in luck. In this article, we’ll give you a quick rundown of cognac so you can better understand what it is, where it comes from, and what you should do when you drink it, too.

What is Cognac?
Cognac is a type of brandy that is made specifically in a part of France called Cognac. Much like real champagne comes from Champagne, real cognac must always come from Cognac. Wine used in the production of cognac comes from the surrounding Charente region of France, so the entire production takes place in and around the same area. Cognac is required to be distilled in copper and then aged for at least two years in French oak, although it usually ages for longer. Everything involved in the production of cognac is strictly regulated to ensure it meets industry standards and can truly be labeled as cognac, officially.

But if cognac is brandy, then what is brandy? Brandy is the product of the distillation process when it is performed on wine. The end result of this process is a drink with a higher alcohol content and a different flavor and appearance than the original wine had. Brandy is usually enjoyed as an after-dinner drink and isn’t usually paired with meals, unlike its wine counterpart. There are several different types of brandy; although cognac is a brandy, brandy is not necessarily always cognac.

What are the different types of Cognac?

• VS: VS stands for Very Special and refers to the “low” end of cognac—although it’s important to specify that even this “low” cognac quality is still usually incredibly nice in comparison to many other liquors. VS cognac has been aged for at least two years, but not more than four years. This cognac, like all other types, is aged in French oak barrels.

• VSOP: VSOP is Very Superior Old Pale cognac. This is the next step up in the grading scale, and this cognac has been aged for at least four years but not more than ten years in French oak casks.

o Note: Some cognacs were “grandfathered in” to this rule, meaning that if they were aged for at least 6 years and met all the requirements, they could legally be labeled as Napoleon or Napoleon XO. This denotes aging that may not fit into the new laws but would have fit into the old ones.

• Hors d’age: Technically, this term means “beyond age” and isn’t an official label for cognac. However, it can be used to refer to very old cognacs that go beyond the ten-year grading scale listed above. For the most part, however, it’s used as a marketing tactic and doesn’t necessarily mean anything more.

• Heritage: This is another largely marketing-based label that can refer to cognac that is at least fifty years old, or maybe even older. Once again, if you see this on a label, it’s likely simply put there to drive sales and create interest rather than as any official designation.

Which Cognac is right for you?

• Grande Champagne cognacs, any grade: This is cognac that comes from the Grande Champagne area, and it’s often considered one of the best varieties out there. With that said, within this distinction there are many other sub-categories, which means you can easily find a good quality bottle at a reasonable price. These cognacs are easy to sip and drink, and they usually come in at the VS or VSOP grading level. VS cognacs can be mixed into cocktails, but VSOP cognacs should probably be enjoyed neat as they are intended to be.

• Hennessy XO: Want to give yourself a true cognac experience while sticking to a well-known brand name? If so, you can’t go wrong with Hennessy XO. This Extra Old variety of cognac comes from the best-known label in the world of cognacs and continues to be one of the most popular choices out there. It pairs well with a variety of foods and it also plays nicely by itself, so you can easily enjoy it the way you feel is best. Of course, many true cognac connoisseurs will tell you that Hennessy isn’t actually the best on the market—it’s only the most well-known—so there may be some other cognacs you should try first instead.

• Remy Martin VSOP: Okay, so you want to try cognac but you don’t want to spend hundreds of dollars on a liquor you aren’t sure you’re going to like yet. Right? This is often what drives many people to buy their first bottle of cognac, and if it’s true for you too, then look for Remy Martin. This label is affordable without sacrificing anything in terms of quality, flavor, or sophistication. And the VSOP cognac from this brand name features a licorice vanilla flavor that is sure to surprise and delight any newcomers to the cognac scene.

Conclusion
Were you able to learn a little bit about cognac? Did you get inspired to try it for the first time—or to try it again, if you’ve had it before? Cognac may be an acquired taste, but it’s sure to please most fans of high-end liquor. When you take your time and pick a cognac that caters to your preferences as well as your standards in liquor quality, you’ll be able to find a product to enjoy again and again. And of course, if you’re looking for a gift to give for the holidays or for any upcoming special occasion, a bottle of cognac makes a strong impression any time.