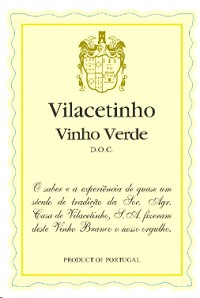 Producer Going back in time, the Vilacetinho estate belonged to the medieval Alpendurada Monastery. Vilacetinho was considered a giant that resulted from the juncture of two great and coveted farms that for centuries, since the Middle Ages, were part of the property that established the Benedictine Alpendurada Monastery. Vilacetinho was noting less than a hundred acres of cultivation, in a plain land, besides the bed of the River Douro. Vilacetinho was therefore, a giant block of uniform land in a region where small farms was the norm. Vilacetinho, due to its sheer size, is a unique property, given the context of the region where it is located and part of. It is a magnificent property featuring exceptional agricultural characteristics, overlooking the River Douro in Alpendurada. Casa de Vilacetinho is a small manor house in the River Douro, an elegant house of the XVII and XVIII centuries, surrounded by an erudite garden that separates the house from the vineyards and the remaining agricultural land. One may say that the Vilacetinho wine is a unique one. The wine’s features are somewhat similar to the ones found in Champagne, mostly due to the characteristics of the terroir where it is grown and made. Ultimately, it is made into a much-appreciated nectar that differentiates it from others in quality. The Vilacetinho wine was served to Her Majesty Queen Elizabeth II of England at the banquet held in Lisbon during the visit of Her Majesty to Portugal in 1957. It was then endowed with a particular label, and chosen by the British between various wines presented. The wine has also featured in one of the most well known Hotels in Portugal, the Ritz as well as being a constant in the wine cellar of the Presidency of the Council. Furthermore, the Vilacetinho wine was also featured in the early stages of the Portuguese Airline TAP (Transportes Aereos Portugueses) to serve in small bottles to accompany the meals of the passengers.