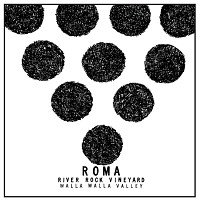 River Rock Vineyard (100%): Owned and farmed by Dana Dibble, planted in 2001. The site is located south of Walla Walla in the old Walla Walla River bed; the soil is rocky and with great drainage. This is the warmest site in the Walla Walla Valley Review Marketing genius Charles Smith probably attracts more attention for his new wine projects, his new Jet City winery on the south side of Seattle and his multiple tasting locations in Walla Walla than he does for his K Vintners line-up of wines. But year in and year out, the K Vintners wines are wonderfully expressive single-vineyard wines with the courage of their convictions, whether they stand out for their New World fruit or savory Old World soil tones. Winemaker Brennon Leighton, who joined Smith’s empire in 2012 and is now director of winemaking and vineyards, told me that Smith buys all of his fruit by the acre rather than by weight, and also controls the vineyard work during the growing season. He added that the K Vintners wines from flood soils tend to give more fruit, while the bottlings from ancient soils are more minerally and complex, typically from volcanic bedrock and/or limestone (caliche). The K reds from Rhone varieties are made entirely with whole clusters and all of the K reds get extended macerations of up to 60 days. The Syrah bottlings in particular exhibit a broad range of distinctive personalities that showcase the versatility of this noble variety. - From Focus on Washington: The New Normal (Nov 2018) by Stephen Tanzer
Producer Growing up just outside of Sacramento, California, in the foothills of the Sierra Nevada Mountains, Charles Smith began craving worldly travel at a young age due to his Welsh mother and French father. As soon as he had the chance, Charles decided to move to Denmark (for a “hot piece of a** i. e. a lady friend he met in the states). While in Scandinavia, Charles spent the next nine years managing rock bands and concert tours throughout Europe, including the famed Danish duo, The Ravonettes. Wining and dining while on the road became a catalyst for his passion of wine, which ultimately triggered the career he has today. In 1999, he moved back to the United States, specifically to the Pacific Northwest, opening a wine shop on Bainbridge Island, just across the Puget Sound from downtown Seattle. On a road trip in late 1999, he passed through the small town of Walla Walla and met a young Frenchman and winemaker. The two men discovered their common passion for great Syrah and Charles was eventually convinced to move to Walla Walla and make his own juice. In 2001, Charles released 330 cases of his first wine, the 1999 K Syrah. The Walla Walla Valley was now his home. After a devastating freeze in 2004, Charles brought to life a label he had once in a dream: House Wine. Low and behold, the label concept had never been created or trademarked, so Charles launched the legendary brand before selling it to Precept Brands in 2006. That same year, Charles started a second brand, Charles Smith Wines. The brand was themed as “The Modernist Project, which focuses on the way people generally consume wine today: immediately. The intent was (and still is) to create wines to be enjoyed now, but with true typicity of both the varietal and the vineyard. A self-taught winemaker, Charles is a true artisan and a pioneer in the wine world. In 2008, K Vintners was recognized by Wine & Spirits magazine as one of the “Best New Wineries of the Last Ten Years, and as “Winery of the Year in their annual buying guide. In 2009 Food & Wine magazine awarded Charles “Winemaker of the Year and in 2010 Seattle Magazine recognized Charles as their “Winemaker of the Year.