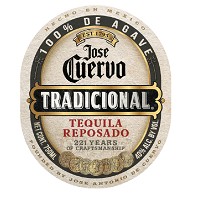 Since 1795, Tequila aficionados have been choosing Jose Cuervo Tradicional®. This award-winning classic is crafted from 100% blue agave and rested (“reposado”, in Spanish) in oak barrels for a smoother, more refined taste. It was the Cuervo family’s first creation, and it’s still the #1 Premium Tequila in Mexico. * Those in the know keep a bottle chilled in the freezer and are always ready to serve their friends a crisp, smooth, frozen shot of Jose Cuervo Tradicional®. Technical notes 40% alcohol
Producer In 1795, Jose Maria Guadalupe de Cuervo began selling the very first Vino Mezcal de Tequila de Jose Cuervo after receiving the first official charter from the King of Spain to produce tequila commercially. Cuervo has been producing tequila at La Rojena, the oldest active distillery in Latin America, ever since. For over 250 years, Jose Cuervo® has been making tequila from the largest agave holdings in the world. The journey begins in the fields on the skirts of the Tequila Volcano. After seven years of maturation, the agave plants are harvested and their cores, or “pinas,” are sent to the La Rojena distillery. There, they are roasted, grinded, and smashed. The resulting extract is placed into fermentation tanks. Finally, it is distilled and aged to perfection in toasted barrels.